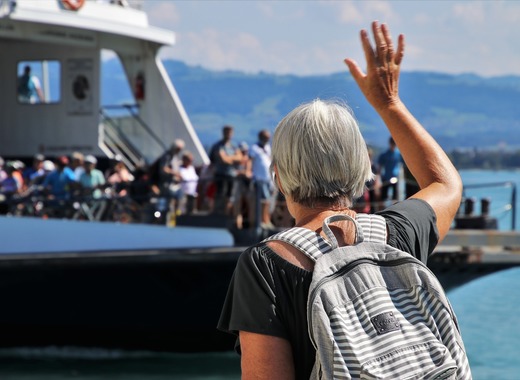 Helsingborg in Sweden and Helsingör in Denmark are connected through a sustainable ferry route that is fully battery operated by the company ForSea. The innovative vessels reduce the route's total amount of carbon dioxide emissions by 65%.

The connection makes up an important part of the infrastructure between the two countries with a constant flow of hordes of passengers. For many years the company has used technology to lessen the impact on the environment and has run the two largest Ro Pax ferries in the world - both fully battery operated. This means that ForSea has two vessels out of four that are completely emission-free.

Four years ago ForSea converted the two ferries Tycho Brahe and Aurora to full battery operation in order to reduce the company’s’ environmental impact. Converting two 25-year-old vessels to electric power was a big challenge for the company as the problems were not only technical, but also covered regulations and different legal requirements.

The ferries were originally built with a diesel electric system. That old system is still intact and the ferries can run on diesel, hybrid or full batterymode. Batteries and other kinds of equipment have been added to the system and are placed on top of the ferries in four containers.

The batteries are getting charged automatically by a robot, every time the ferries enter port. The charged amount is enough for one crossing. The use of batteries does not only reduce emissions to zero but also leads to an energy use reduction of around 40% thanks to higher efficiency of the system. Furthermore, noise and vibrations have been reduced substantially.