Find out where the trains are never late

Each year more than 20,000 people visit the Backo Mini Express museum in Zagreb 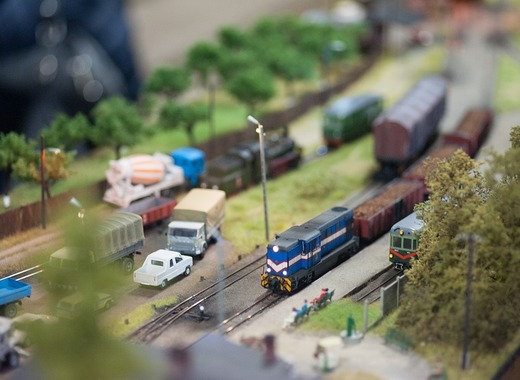 One of the largest model railways in Europe – Backo Mini Express in Zagreb, has been transformed into a mini train museum. It is a permanent exhibition made up of almost 140 moving trains.

Backo Mini Express, in fact, is the largest scale model railway in southeast Europe and the fifth largest of its kind on the whole continent. The project was built by Antun Urbic Backo and his associates. Since its opening in 2015 until today, the museum attracts the attention of visitors of all ages and nations.

The model railway museum is located on 4 Gunduliceva Street, it is housed on two floors encompassing an area of more than 350 square meters. The mini-exhibition also includes many small details from the Croatian capital Zagreb, such as Mt Sljeme’s ski slope and ski lift or the Advent fair with a mini ice-skating rink.

Every day 140 model trains travel along 1,500 meters of rail, some of which are buried ten inches into the floor while some are placed at a height of three meters above ground.

Visitors operate the trains themselves

An integral part of the train museum is a room where visitors can operate trains themselves. In the past, there were only two models that visitors could manage through tablets. In addition to driving trains back and forth, the software offers numerous other functions, the management of which is easy. For the youngest visitors, it was sometimes too difficult, so they often needed the help of their parents.

Now the museum offers a special range of products called “My World”, intended for children aged 3-6 years, aiming to make a model of trains which are appropriate for the little ones. The pilot project provoked great interest in children, and the museum decided to upgrade it a little and set it up in the playroom as the third model in which visitors can themselves drive trains. This layout is made for the youngest and management is handled via a joystick making it way easier and simpler.

An interesting detail is that more than 20,000 people visit the museum each year. They come from neighbouring countries like Serbia and Slovenia, as well as from other EU states like Austria, Germany, Denmark, Spain, and Sweden but also from far away places like the USA, Chile, Japan, Korea, China, Australia and New Zealand.