Find out why 2019 was an extremely successful year for Koprivnica 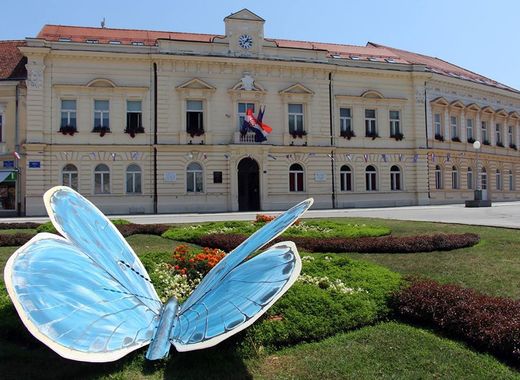 Last year was extremely successful for the Croatian town of Koprivnica. Throughout all twelve months, numerous initiatives were successfully launched by the local authorities and businesses while at the same time the city won several prominent awards.

For starters, Koprivnica received two tourism awards – one coming from the Croatian Tourism Board and one from Vecernji List daily, which named it the best continental destination. The Croatian Tourism Ministry awarded the town for its Renaissance Festival and the Croatian Chamber of Economy also recognized it as the best-known local event bestowing upon it the award of “Tourist Event of the Year”.

The most environmentally friendly town

In the spring of 2019,  local authorities of Koprivnica inaugurated a public lighting laboratory, the first of its kind not only in Croatia but also in this part of Europe. The facility has led to the creation of a dozen manufacturers of public lighting and smart solutions testers, launching and using their products in several neighbourhood of the city. The innovation was recognized by the Poslovni Dnevnik business newspaper and thanks to the project Koprivnica received the title of the most environmentally friendly town.

Koprivnica also created an energy revolving fund which finances the implementation of energy-efficient projects. The aim of the project is to lead to a greater reduction of energy use and significant financial savings as a result of lower energy bills and maintenance costs.

At the end of the year, more than half of the collected municipal waste was sorted at the recycling centre. At the same time the construction of a second waste recycling centre, worth HRK 5.4 million, 85% of which are funded by the European Union, also began.

EU support also led to the creation of a brand-new business incubator for creative industries, worth HRK 18 million. There, young entrepreneurs are already hard at work at creating innovative business solutions.

At the end of 2019, for yet another consecutive year, job creation in the town has been on the rise, and the town budget has reached record-high amounts in the last decade, which is a clear display of positive economic activity.