Finland has improved the railway services between Helsinki, Tampere, Vaasa and Oulu

There will be additional train services in the Pirkanmaa and Kymenlaakso regions, with significant increases in frequency of trains between the cities Tampere and Nokia 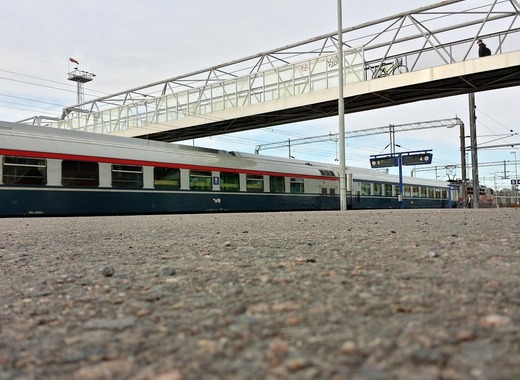 The Finnish state-owned railway firm VR has added services to routes that have often been sold out up to now, with more additional capacity on the Oulu-Helsinki route. The aim of the improvement is to respond to passenger demand, informed Yleisradio Oy.

The changes, which already came into force, will improve services between Helsinki, Tampere, Vaasa and Oulu. There will be additional train services in the Pirkanmaa and Kymenlaakso regions, with significant increases in the frequency of trains between the cities Tampere and Nokia. In the same time, services from Kuopio will be less frequent.

Compared to ten years ago, passenger numbers in Finland have remained almost constant. In 2018 there were a total of 13 million travellers, which compares to 13.3 million in 2008. Nowadays, the change is in the growth in travel between urban centres.

The big difference is in where passengers are going. Today, passengers are travelling more between the bigger cities. The busier sections of the railway network are more congested and the quieter sections are unfortunately a little quieter than in the past.

Other good news concerning the railway network in Finland is the better internet connection starting from 2020. The Finnish mobile network operators will be required to provide a 4G signal along all rail routes, at the beginning of 2020.

When trains pass through the forests and fields of the countryside they are often too far away from the mobile network towers serving residential areas and signals fall off and service breaks up.

Mobile net connection speeds on trains can also plummet on high-traffic routes between the big Finish cities when numerous users at the same time switched to a new network cell. The Wi-Fi networks provided by the state railways VR are reliant on the signal available from mobile network operators along its routes.