The cost of the building is €98 million 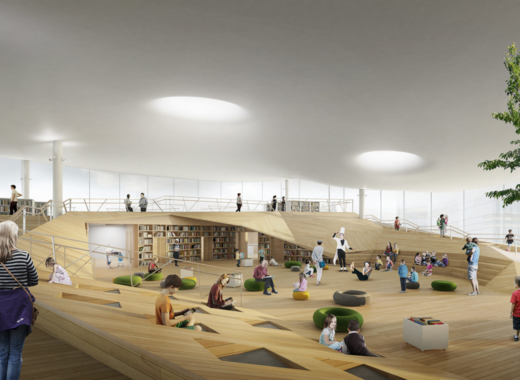 The Helsinki Central Library, also called Oodi, scheduled to open in December 2018, will not only house books. The building will also boast a cinema, a recording studio, and a space where old objects can be refashioned into new items. It can also be entered via a supermarket. The building received near unanimous political backing and was designed with the help of a supportive public as part of a wide consultation process.

Located in the heart of the city opposite Parliament House, the library is one of the flagship projects celebrating the centenary of Finland’s independence. The estimated cost of the building is €98 million. The state will pay €30 million, while the city of Helsinki will pay the rest. The country, named the happiest on Earth by the UN in 2018, is noted for its high level of public services and it seems libraries are among the amenities Finns love best. Finland’s 5.5 million inhabitants borrow more than 68 million books a year.