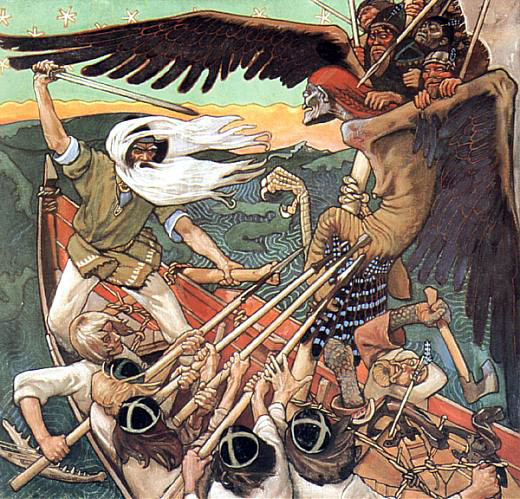 On this day in 1835, the first edition of the Finnish national epic “The Kalevala” by Elias Lönnrot, was published.

The book’s publication had immeasurable effects on Finnish society and culture, which is why it is celebrated to this day as the country’s Culture Day and one of its official Flag Days (a day on which the Finnish flag is flown from all across the country both by private individuals and on publicly-owned buildings).

The Kalevala is a work of poetry, compiled by Finnish physician and philologist Elias Lönnrot that brings together many examples of Finnic and Karelian mythology and oral folklore. He gathered oral tales from around the region and intertwined them in a single book.

The epic is considered one of the most important works of art in Finnish history as it laid down the groundwork for the creation of Finnish national identity.

After the Kalevala was published, the use of the Finnish language increased as did the sense of belonging to some form of Finnish society. This transformation eventually led to Finland’s independence from the Russian empire in 1917.

The Kalevala was republished later in 1849 and is made up of a total of 22,975 verses, split into some 90 folk tales – also known in Finnish as runot.