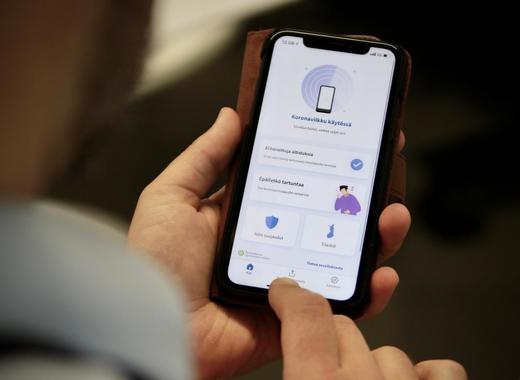 Finland’s coronavirus testing app was released on Monday 31 August and has already proven to be a massive success. Mere hours after becoming available on iOS and Android, the app has been downloaded over a million times – an incredible milestone given the fact that Finland has a population of 5.5 million and Health authorities were hoping for the app to reach a million downloads by the end of the month.

The app, called Koronavilkku, was developed by the Finnish Institute for Health and Welfare as a means of giving the government yet another way to contain the spread of COVID-19. The app was released in both Finnish and Swedish with an English language version coming later this year.

“The Koronavilkku mobile app is part of the government’s test-trace-isolate-manage strategy. Reaching the exposed and treatment guidance is made more efficient with the application. In this way, the supply chains can also be cut more efficiently, ” according to Kirsi Varhila, Chief of Staff of the Ministry of Social Affairs and Health.

The Ministry had set itself the target of reaching 1 million downloads by the end of the month – yet that proved to be no challenge whatsoever when by the by next day the target was already surpassed. The results are a staggering success – not only for the app itself but for the entire population of Finland, as it increases in effectiveness the more people use it.

Koronavilkku is similar to other such contact-tracing apps available in countries like Germany and Slovenia. It is entirely voluntary and collects data that is then anonymously used in order to send signals to those who might have been in contact with an infected individual. It is then up to them to decide on the best course of action but it gives authorities an opportunity to quickly and effectively shut down any potential hotspot.