The new structure will combine a tram depot, a shopping centre and residential flats 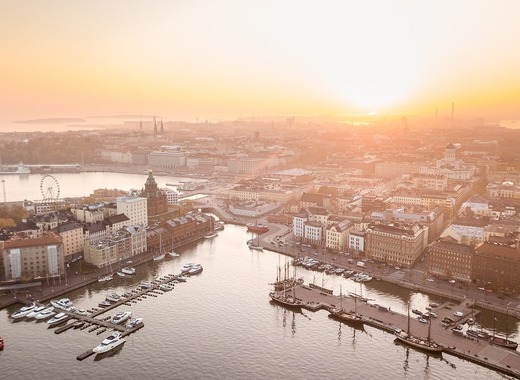 The construction of Finland’s first-ever major hybrid urban complex is set to commence in the near future after the project proposal for its development was approved by the Helsinki City Council. The new structure that is set to take shape in the Finnish capital will house a tram depot, a shopping centre as well as a number of residential flats.

A first in Finland

The massive structure that will combine a high number of services and opportunities will be built in Helsinki’s Laajasalo district. Its basis will be the tram depot over which seven massive buildings will be erected, hosting the shopping centre and over 700 residential flats, as well as a car park.

The project is part of the city of Helsinki’s efforts to improve connectivity in the urban area. Thus, the tram depot that will be built will play an essential role in satisfying the transportation needs of citizens while simultaneously providing room for development in Laajasalo – one of the fastest-growing residential areas in the entirety of Helsinki.

The housing units that will be built are also part of an overarching plan for the area. With the present rate of expansion of the city’s population, officials have decided that over they will have to provide housing for an additional 40,000 people over the next 10 years. Thus, the multi-purpose complex fits perfectly into a number of the administration’s long-term goals.

Currently, it is estimated that the project in its entirety could be completed as early as 2026 but locals have already raised their objections to the new edifice. According to environmental activists, the centre will damage the local flora as it will be placed right atop a sports and forested area and are urging the tram depot to be relocated to a different part of the district.