The campaign is specifically aimed at the country’s youth 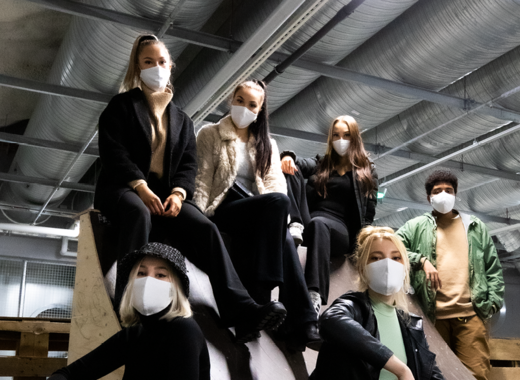 With coronavirus cases continuing to rise across Finland, health authorities have issued a recommendation for the wearing of masks in all situations where it is impossible to maintain a distance from others. Yet according to officials, some citizens find it especially hard to follow the rules – namely young people aged between 15 and 19. Thus, in order to combat this phenomenon, several Finnish cities, including Helsinki, Espoo and Vantaa have banded together and launched a campaign aimed at popularizing this lifesaving practise among the country’s youth.

Under the hashtag #maskigäng, the campaign means to reach Finnish youth that chooses to disregard the rules and recommendations put forward by authorities. This will be accomplished through displays of empathy and sympathy for youngsters who are forced to put their lives on hold for the benefit of society.

"Ranting or haranguing about recommendations is not an effective way to reach young people or change their behaviour. That is why the campaign is based on letting young people to live their youth and not forbid it. We agree with young people that youth cannot be lived remotely but it can be lived responsibly by taking care of one’s own and others safety", according to Harri Rinta-aho, the Head of Education and Cultural Services of the city of Espoo.

The basis of the campaign is to understand young people and empathize with their troubles, to speak to them in a language and manner they understand, via other young people, in social media channels where they spend the most time. The campaign is targeted for 15–19-year-olds and is executed mainly on TikTok, where the #maskigäng sound effect encourages young people to wear masks. The sound effect and videos based on the effect are launched by TikTok influencers that are involved in the campaign.

"Major parts of the campaign are humoristic TikTok-videos that encourage people to wear masks. We wanted to do something different and break images of traditional ways authorities use to communicate. That is why we gave influencers freedom to create their own videos in creative ways", explains Rinta-aho.