Finnish cities recycled a record amount of plastics in 2019

In Vantaa recycling has increased more than 180% 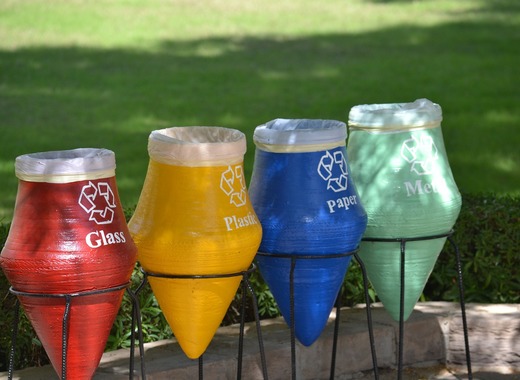 Finnish cities recycled a record amount of plastics in 2019, informed the regional waste management agencies of Finland. Some big cities doubled or even tripled the amount of  recycled plastic trash compared to 2018.

The Helsinki region and the biggest cities of Finland registered the highest increase in plastic recycling. In Helsinki and Espoo 90% more plastics were recycled. The record is held by Vantaa with 186% increase in the reuse of plastics.

What made this good news possible was the heightened consumer awareness of the benefits of sorting trash. In addition, several eco campaigns were organized across Finland throughout the year, emphasizing the use and recycling capacity of plastics.

As part of one such campaign around 600 eco bins were installed in numerous supermarket parking lots and other public areas. In the biggest Finnish cities the facilities gathered hundreds of thousands of tonnes of plastic for recycling.

In Finland, some 580 domestic companies in the plastics industry employ 12,000 people, informed Yleisradio Oy. Housing companies that manage apartment buildings and semi-detached houses have also supported the efforts in the plastic recycling movement. In just one holiday season last year, new plastic waste recycling bins were installed in over 2,000 properties.

At the same time, new housing companies are joining the eco initiative. In addition, the destructive effects of plastic waste on marine ecosystems have been widely publicised and discussed.

Another good example came from Kymenlaakso, a Finnish city located in the country's Southeast. There, starting July 2020,  housing complexes with more than 10 apartments will be obliged to provide new plastic recycling bins. In 2021, the policy will extend to all buildings with more than 5 flats.