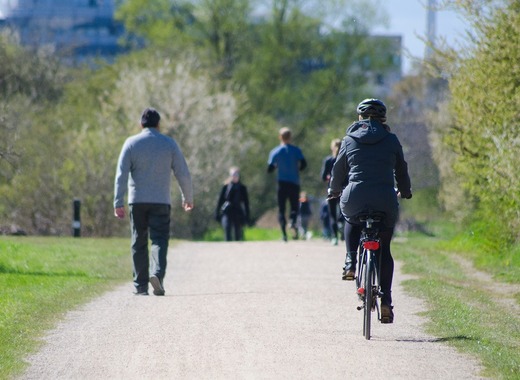 Finnish central authorities, more specifically the Finnish Transport and Communications Agency, Traficom, are providing local governments across the country with funding in order to promote healthier ways of travel – such as cycling and walking.

The programme is part of a wider “green scheme” that was unveiled by the Finnish government back in 2018 and it boasts a budget of a total of 41 million euros. So far, 3.5 million euros have been granted to as many as 12 municipalities in the country for promotional efforts.

Where is the project headed and how does it get there?

The end goal of the programme is to increase the number of trips made on foot or by bike by 30% in 10 years – that’s an increase in journeys by a total of 450 million.

To get to that endpoint, authorities will be using the financing provided by the central government in several ways. Those include on the one hand the development of the necessary infrastructure – e.g. the construction of additional bike paths and pedestrian spaces; and on the other venues of influencing citizens’ attitudes and travel habits.

In the municipality of Lappeenranta, for example, work on the programme began when it was first launched in 2018. Authorities used the allocated funding to begin construction of a 4.5 kilometre stretch of bike paths. The first part of the project has already been completed and the 2nd is on its way – construction is scheduled to begin in the summer of 2020.

Another project currently under development in the municipality is one that provides children with the opportunity to travel to school sustainably – e.g. by bicycle, in all kinds of weather conditions. Authorities are planning bike routes and are eager to begin building the necessary infrastructure to make them a viable travel alternative.