Creative Europe MEDIA has provided funding worth over 1.9 million euros 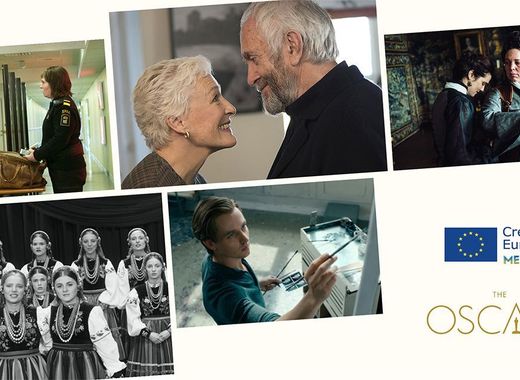 Creative Europe MEDIA supports the European audio-visual sector, including the film, documentary, TV and videogames industries. It provides funding for the development, promotion and distribution of European works within Europe and beyond; invests in the training of professionals in the field; and helps companies from the cultural and creative sectors get access to finance via the Guarantee Facility mechanism. Each year, Creative Europe MEDIA supports around 2,000 European projects.

The EU-supported film The Favourite directed by Yorgos Lanthimos has been nominated in 10 categories, including best picture, best actress for Olivia Colman, best director, best supporting actress (both for Emma Stone and Rachel Weisz) and best original screenplay. The film received 50.000 euros from MEDIA under the Development Single Scheme.

"Cold War" by Pawel Pawlikowski also gathered recognition in three categories, in particular best director, best cinematography and best foreign language film. The Polish-French-UK co-production was supported by MEDIA with 1.148.699 euros, mainly for its distribution in more than 26 territories.

The other title nominated to best foreign language film is "Never Look Away"by Florian Henckel von Donnersmarckwas supported by MEDIA with 4.594 euros for its distribution in Portugal.

Ali Abbasis "Border"is one of the nominees in the makeup and hairstyling section. This Danish-Swedish co-production was supported by MEDIA with 669.707 euros, mainly for its distribution in 28 territories.

Last but not least, "The Wife"is nominated to best actress in a leading role, for Glenn Close. The film by Bjorn Runge received 40.000 euros from MEDIA under the Development State Scheme and 55.930 euros for its distribution in Belgium and the Netherlands.