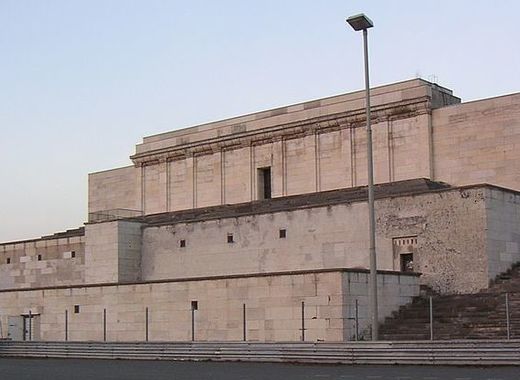 The former Nazi party rally grounds or "Reichsparteitagsgelände" have been the subject of quite a debate. What should be done with them? Should they be demolished? Should they be left to rot? Or should they be renovated so that they may serve as a warning and a lesson for future generations?

The complex itself covers 11 square kilometers and boasts a landing platform for a zeppelin. A modern Nazi-crimes documentation Center was constructed in 2001 in the ruins of the former “NS Congress Hall”.

Nuremberg mayor Ulrich Maly has been an advocate for the preservation of the site as a “place of learning” for future generations. Bavarian regional premier Markus Söder has also been emphasizing the historical significance complex and the message that it delivers to future generations.