France or Croatia - who will win the 2018 FIFA World Cup?

On 15th of July at 6 pm local time at Luzhniki Stadium. Don’t miss the final! 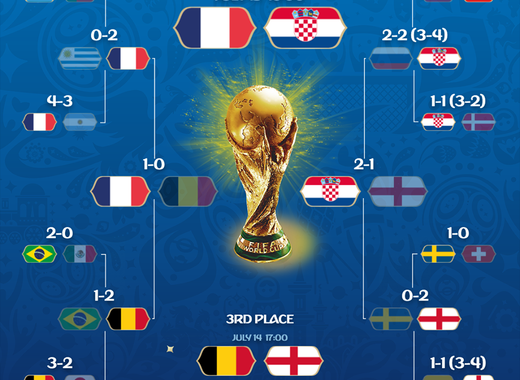 Several favorites such as Germany, Brazil and Spain made early exits, leaving France and a surprising Croatia squad as the last two nations standing. And now the big match is set. On Sunday in the 2018 World Cup final, it will be France vs. Croatia for the biggest prize in the game.

The final of 2018 FIFA World Cup will be at Luzhniki Stadium, the national stadium of Russia, located in Moscow. The game will start at 6 pm local time. The win probability in the 90 minutes game time is 50% for France, 29% for draw and 21% for Croatia.