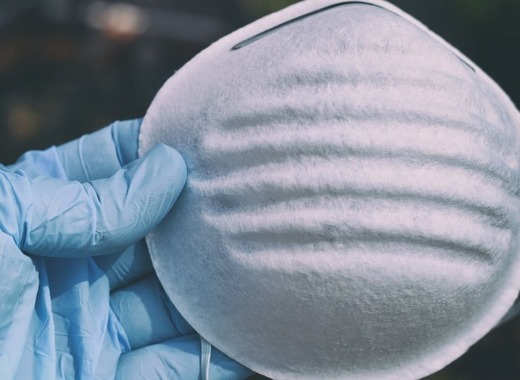 Wearing a mask in closed public spaces will be mandatory in France as of Monday, 20 July, announced Prime Minister Jean Castex on Thursday. The measure aimed to combat the spread of coronavirus enters into force ahead of schedule, instead of 1 August, as it was previously announced.

Reacting to the signs of a possible second wave

Speaking before the French Senate, Prime Minister Castex reminded that the reintroduction of a mandatory facial barrier was initially meant to happen at the start of August. However, he judged the change as coming into force far too late, hence it will be introduced 11 days earlier. The wide usage of masks is considered as being able to prevent the spread of Covid-19, especially in closed spaces, where the risk of infection is higher.

The Health Minister Olivier Véran has also appealed for more vigilance, as there were some signs of the return of Covid-19 at Parisian hospitals. “I have signals, not worrying, but deserving of attention from certain Parisian hospitals with a number of indicators, weak signals of epidemic recovery, calls to SOS doctors, the number of calls to the Samu [emergency medical services], the number of hospital admissions. This is why, I ask the French to remain particularly vigilant”, he said for France Inter.

In fact, the obligation of wearing a face mask in closed public spaces is already in place in 6 municipalities in the department of Mayenne (northwest France), where the number of COVID-19-positive patients is higher than the average for the country.

There the local Prefect, after an appeal by the Health Minister, decided to make masks mandatory, as a preventive measure against a second wave of the coronavirus. The concerned municipalities are Bonchamp-lès-Laval, Changé, L'Huisserie, Louverné, Saint-Berthevin, Laval.

As we informed last week, France lifted the state of health emergency on 11 July, as the government considered it has Covid-19 under control. According to the law, wearing a face mask was supposed to be mandatory only on public transport.