In this interview the Mayor of Zamora speaks about civic participation, transparency, future projects and developments 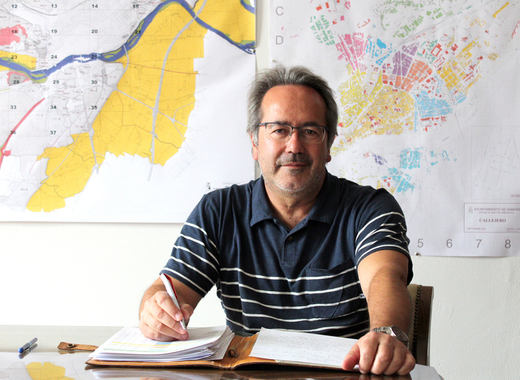 Francisco Guarido Viñuela has been Mayor of Zamora since 2015 and City Councillor since 1999. He was born in Zamora and has a degree in Teaching, and a degree in Political Science and History.

Mr Guarido, how would you describe the city of Zamora to our audience?

Zamora is a city in Spain on the border with Portugal. It has 62,000 inhabitants and it is very well connected by highway and train (with Madrid). It has a rich cultural heritage, mainly Romanesque churches and medieval walls. The Duero River crosses the city from east to west, and its gastronomy and ethnographic traditions make tourism a fundamental engine of the economy. For 5 years, Izquierda Unida (United Left) has governed, which gives Zamora a particularly important political attractiveness.

You have been involved in the local governance as a city councillor for over 20 years now. How has Zamora changed over this period?

The change is evident. European funds have been pumped between 1996 and 2008, serving to overhaul basic infrastructure such as paving, pipes, networks, etc. Nevertheless, they have not been able to stop the demographic exodus, a substantial problem in western Spanish regions  bordering  Portugal.

The future, in our opinion, goes through a second pump of European funds destined to fight depopulation (internet in rural areas, assistance to small retail trade, assistance to the promotion of tourism and culture, establishment of industrial research centres etc.)

Your governance boasts achievements in terms of transparency and citizen involvement. What have you improved in this direction and what remains to be done?

The Transparency International (IT) surveys, which enjoy national and international prestige, highlight that Zamora ranks high in the transparency ranking since 2016. We are in high positions at national level and at the Autonomous Community level. Citizens have access to maximum information on all municipal issues through the municipal website. Our social networks have increased exponentially in visits and acceptance in the last 4 years.

For the first time, a participatory budgeting program with citizen voting has been launched. € 400,000 have been allocated to meet these popular requests that are regulated through an Ordinance. It is the first time that this is done, and it is called citizen participation.

All Sector Councils for Citizen Participation, which are consultative bodies of the City Council, have been launched since 2015.

The future is to continue along that line created by us and to consolidate it in the days to come.

Last spring you have been elected for a second mayoral term. What is this success due to? What specific projects, initiatives and results that you had initiated proved decisive for this win, in your opinion?

The success belongs to a group, a team that has passed confidence on to our citizens. For the first time in democratic history, Zamora had a mayor of Izquierda Unida. The expectation was the highest and the result is that people from Zamora trusted a government that controlled the deficit, made no mistakes, was not involved in scandals, behaved austerely and honestly without misuse. At the same time, the government worked alongside citizens by fighting for those most in need and stabilising the municipal treasury.

Everyone supported us, even voters from other parties, although just 50% voted for us.

It has been decisive to stabilise the economy, to promote  public works that were halted or needed in the city for 20 years, and to display the honesty of a group of militants who have set an example of commitment and work. We have launched cultural projects, employment plans, tourism strategy for the city and promotion of social services that citizens have valued.

The 2020 municipal budget prioritizes social spending and launches the investment program for the new mandate. What are the major projects to be implemented this year?

Social expenditure is fundamentally a resource and jurisdiction of the Autonomous Community of Castile-Leon. Even so, the City Council of Zamora set significant amounts aside in supplementing the transfers of the Autonomous Community. In Ayuda a Domicilio (Home Help) the legal commitment of the Council is to meet 10% of the cost, and yet we finance 40% to avoid waiting lists in this fundamental service.

Recently the cross-border project Discover Duero Douro has been launched. It aims to consolidate Duero as a sustainable and inclusive tourist destination of excellence. How would you approach this task?

Tourism enhancement around the Duero river started in 2015. A set of investments have been planned, such as the arrangement of Aceñas de Cabañales, the completion of a Zamora - Carrascal road, boat trips on the Duero, crossing the Aceña de Olivares. In essence, our aim is promoting tourism but also enhancing the Duero as an environmental and public service.

Finally, is there any other local innovation and good governance practice that you would like to share with the other mayors of Europe?

The main problem is the lack of employment and economic activity. The City Council adheres to all employment plans that are laid out by the Autonomous Community of Castile-Leon. In this way, the expenditure in this section has been multiplied by three. We have eradicated the bank debt and, at the same time, we have invested more. Our economic management, based on the austerity of current expenditure, has been a good practice that has been beneficial for all citizens.