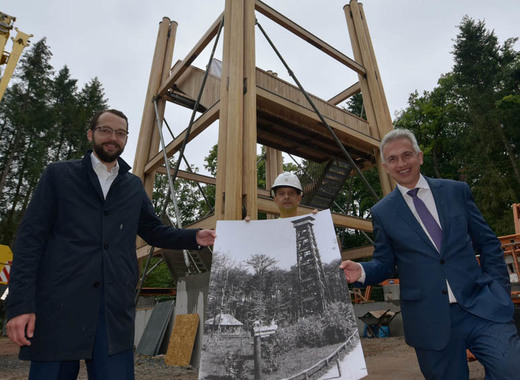 Frankfurt’s Goetheturm (or Goethe Tower) is one of its most recognizable landmarks – and before 2017, it was also one of its most visited ones. Throughout its long history, it has been reconstructed a number of times but was entirely destroyed in 2017 by a fire. Now, after years of planning, its replacement is finally taking shape.

A landmark full of history and memories

At its present-day location at the northern edge of the city’s forest, a wooden tower was first built in the year 1867. In the aftermath of the First World War, however, the edifice had become a threat to passers-by and had to be pulled down. The tower was then rebuilt in 1931 thanks to the donation of Gustav Gerst – a local Jewish businessman. It was officially unveiled in November the same year, shortly before the 100-year anniversary of Goethe’s death.

The tower stood strong and proud until 2017 when it was destroyed in a fire, becoming one of the city’s most important and visited attractions. Now the city’s authorities have finally begun the process of reconstruction that will once again bring visitors back to the decades-old landmark.

Since just a couple of days ago, one can already see the progress that is being made by local authorities. Work began at the start of July and the tower’s faithful reconstruction is expected to last until August. Additional work on its surroundings, however, will continue until October. 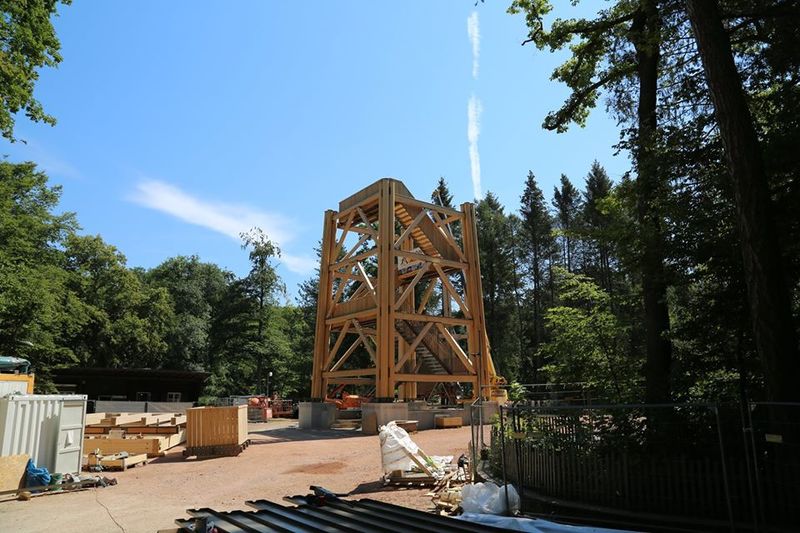 The first steps in the tower's reconstruction can already be clearly seen. Source: Frankfurt.de Official Facebook

The project for the tower’s reconstruction has a value of 2.4 million euros. Some 2.1 million were acquired by the city from the insurance company responsible for the previous edifice and nearly 200,000 were donated by locals who were eager to once again see their beloved landmark.

Upon the reconstruction project’s unveiling Mayor Peter Feldmann stated that “Our Goetheturm is a visible traditional Frankfurt landmark that has grown dear to us all, like the skyline or the banks of the Main. It was a stab in the Frankfurt soul when we woke up one morning and found out about the arson attack on the Goetheturm. The reconstruction of the Goetheturm is, therefore, a clear sign for me that we in Frankfurt are not intimidated by intellectual or material arsonists. "