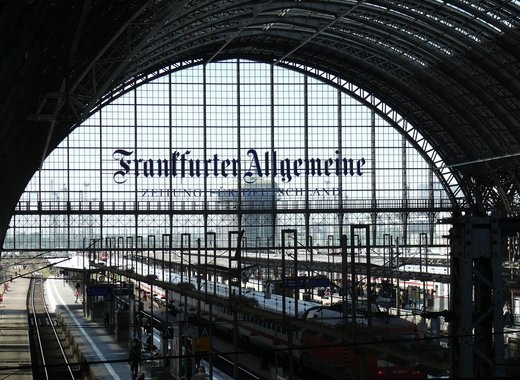 Local authorities in the German city of Frankfurt have a dream of as many citizens as possible leaving their personal vehicles behind and instead opting for travel by public transport. That would substantially improve air quality in the city and would also reduce travel times, while simultaneously contributing to achieving the city’s climate ambitions.

Yet for such a dream to come true, substantial change is also needed. Which is why officials in Frankfurt have declared that they will be embarking on a large-scale expansion project of the city’s public transport network.

Investment and expansion – a recipe for success

One of the biggest changes envisioned by the local government is the inauguration of constant public transport routes during the night, thus creating a dense 24-hour service that is always available to citizens.

In the future, should the government’s plans be fully enacted, the schedules of Frankfurt’s public transport should at the very least be as dense as buses arriving at a stop every 10 minutes. That is to be spread out to every 15 minutes on Sundays and every 30 minutes during the night. Furthermore, should the demand exceed expectations, the city stands ready to increase capacity even further.

Additionally, new bus lines are also in the works. Three express bus routes are meant to substantially boost connectivity between much-visited areas of Frankfurt – namely venues like the city’s airport. Changes are set to be made to these routes that will make them even more attractive to locals, allowing them to choose to travel by bus instead of taking a cab or using their cars.

Should the changes and improvements be approved by the local legislature, Frankfurt executives believe that they can be implemented by the end of the year – prior to the December change in public transport timetables.