Free accommodation at Peles Castle for people in quarantine 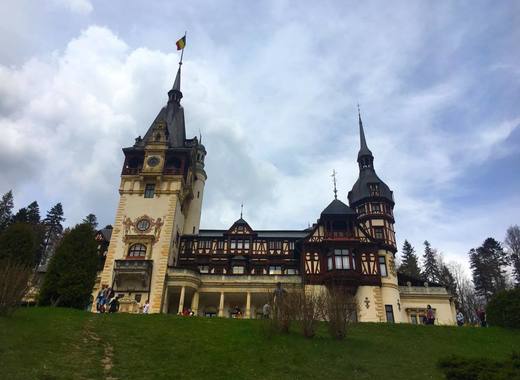 The Royal House of Romania has announced it will support the fight against coronavirus in the country. It will provide free accommodation on the Peleș Royal Domain in Sinaia mountain resort in Prahova county, for patients placed in quarantine due to COVID-19.

“Following the state of emergency declared in Romania, the Custodian of the Crown and her sisters took the decision to make available to the National Committee for Special Emergency Situations, free of charge, a total of 53 individual accommodation spaces in the hotel units and villas on the Peleș Royal Domain, for those who will need to be quarantined”, posted the Royal House in its official Facebook profile.

The announcement also informs that the Royal House of Romania has received positive confirmation from the Department for Emergency Situations, which will use this space for people who need to go into quarantine.

The Peleș Castle is located in Sinaia mountain resort, in Prahova county

One of the most beautiful castles in Europe

Peleș Castle represents a Neo-Renaissance complex situated in the Carpathian Mountains, near Sinaia, in Prahova County on an existing medieval route linking Transylvania and Wallachia. The castle is located 124 km from the Romanian capital Bucharest.

The inauguration of the building was held in 1883. It was constructed for King Carol I of Romania. When King Carol I, under whose reign the country gained its independence, visited for the first time the site of the future castle in 1866, he fell in love with the magnificent mountain scenery.

Peleș Castle is one of the most beautiful castles in all of Europe. Besides its beauty and unique construction, the building had very modern facilities for its time.

Furthermore, it was the first European castle entirely lit by electricity, thanks to the electrical plant in the Peles Valley. In total, the castle has 160 rooms, each one with its own identity and theme.