Free bus rides for people aged 75 and over in Malta 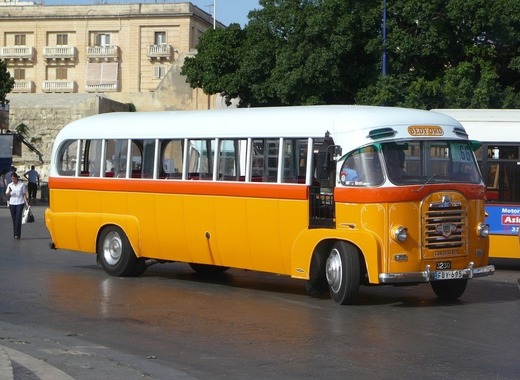 The government of Malta launched on Monday an extension of its Free Travel Scheme which aims, in the long run, to provide free public transport for all residents of the island state.

“The new year brings with it a measure of last year’s budget so the government’s vision continues to extend the idea of free public transport,” said Minister of Transport, Infrastructure and Capital Projects Ian Borg during the launch of the new scheme extension at Mosta Technopark, quoted by Malta Independent. “The government’s vision is to get to a point where public transport is completely free of charge for everyone,” Borg reiterated. He quoted statistical data showing that the use of public transport has increased by more than 7% from 2018, and by 69% compared to usage in 2012. According to Borg’s estimates more than 19,000 elderly people will benefit from the measure.

The Free Travel Scheme has so far included young people between the age of 14 and 20, as well as full-time students above 20. Just like the previously implemented schemes in 2019, anyone eligible for this one will get a refund of the money spent on public transport at the end of each month.

Parliamentary Secretary for Persons with Disability and Active Ageing Anthony Agius Decelis said that the new scheme is a social measure that proves that the elderly are the focus of government attention. He stressed that the government wants to prevent social exclusion of the elderly and to encourage them to travel more as well as take advantage of other initiatives designed for them such as free museum entry.

The Bus 75+ scheme is implemented in collaboration with Centrecom and Airmalta. Centrecom will provide a call-centre where customer service agents will answer any questions  and complaints about the scheme on tel. 22483500.

With tramway and railway relegated to the past, residents and visitors of the picture-perfect archipelago can now count on an extensive bus network with over 2000 stops in all localities and a taxi service which not everyone can afford. A ferry boat links Malta and Gozo, allowing tourists to rent a car from the airport and tour the islands at their own pace. The narrow, steep and curvy roads, however, are not to the liking of all drivers, so hopping on a bus is often the best option. Malta’s buses are an exciting mix of well-maintained old-timers (serving mostly heritage routes) and modern vehicles. One-way bus tickets can be purchased from the driver and vary from EUR 1.50 in winter to EUR 2.00 in the summer.