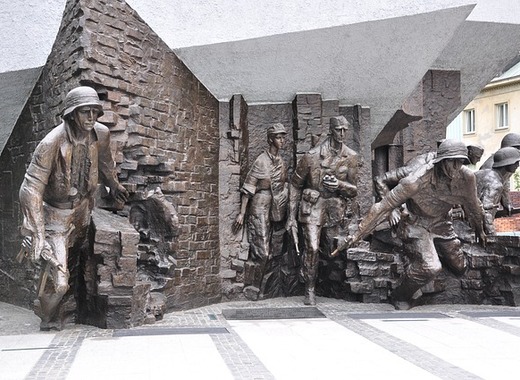 “At the beginning of November, all Warsaw insurgents will receive cards which will entitle them to free taxi rides within the Warsaw area. The cards will also be sent to insurgents who do not live in the capital city, but this will allow them to use the service during a visit to Warsaw,” said Hanna Gronkiewicz-Waltz, now ex-Mayor of Warsaw. During a dedicated ceremony, the first card with No.001 was handed out to Mrs Wanda Traczyk-Stawsk.

The free taxi rides can be used within Warsaw city limits between 6:00 and 22:00 by the WAWA Taxi Company and their length shall not exceed 30 kilometres per ride. The free-access card will be send to every Warsaw insurgent and they enter in service as of November 2018.

The Ceremony took place in a support home at 22 Nowolipie Street in the Polish capital. The present insurgents underlined that they they felt comfortable at the Home, which they visited regularly to attend interesting events organized especially for them, and to have a warm meal. The home is a pioneer project addressed to the group of Warsaw insurgents. Its upcoming steps preview the possibility of covering other groups of senior residents with support.

Before the extension of transport privilege to taxis, participants of the Warsaw Uprising have been entitled to free tickets for the public transport in the capital.

The Warsaw Uprising is a 63-day insurrection against the German army in Warsaw during the Second World War, precisely between August and October 1944. It was an unsuccessful attempt by Polish people to rise against the Nazi occupants and to regain control of the capital, which was followed later on by the advancing of the Red army and thereby the establishment of a pro-Soviet Polish administration. Only the Polish side reportedly gave around 15 200 casualties in killed or missing people.