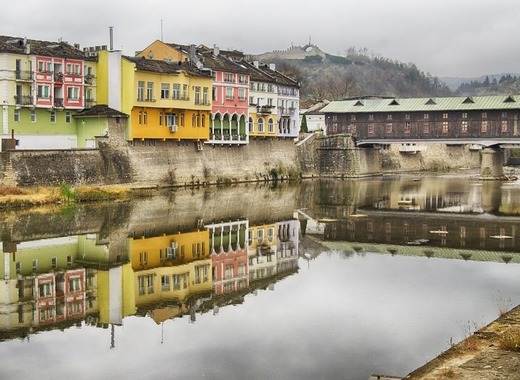 It is no coincidence that they call Lovech the City of Lilacs. The aroma of these beautiful, flowering shrubs can be felt most strongly in spring in the Stratesh Park - the highest place in this Balkan Mountain town, which also boasts an attractive zoo. Panoramic views of the entire city are revealed from the medieval fortress on the nearby Hissary Hill. They show the magnificent covered bridge of master-builder Kolyu Ficheto, the downtown baroque buildings, the architectural and historical Varosha reserve and the quadruple dome of the old Turkish Deli Hammam bath, which has been converted into the only virtual water museum in Europe.

These landmarks from the glorious past of the city are getting some augmented reality nowadays thanks to the free internet access, which the Municipality of Lovech continues to systematically provide using a voucher from the WiFi4EU initiative of the European Commission.

As reported by public broadcaster BNR, free high-speed wireless internet has been launched in three more places in the city, located 160 km away from Sofia: the Lovech Medieval Fortress, Stratesh Park (including the zoo) and the spaces in front of the theatre and the Chitalishte (community centre) in the central part of Lovech.

Previously, the municipality has provided free internet coverage of public sites such as Todor Kirkov Square, The Covered Bridge and Exarch Joseph I Square. Municipal government data shows that the provided internet is used at almost full capacity.

Residents and guests of 28 of the 34 villages in the Municipality of Lovech also enjoy free WiFi, mainly in the central squares close to village halls and community centers.

On January 6, Lovech saw a live webcast of the great Christian feast of Epiphany. The event was watched not only by those who gathered on the square, but also by everyone on the YouTube channel. The broadcast is part of preparations for a future web based television in Lovech, the municipality announced on its website.

This is the second video streaming of a whole event in town thanks to Lovech Municipality. The first such broadcast was on November 11, 2019, when viewers had the opportunity to watch directly the inaugural session of the new City Council.