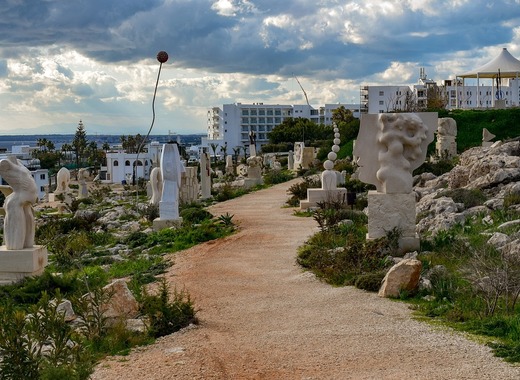 With a vote on Cyprus’s municipal reform looming over the horizon, local politicians are banding together to make their voices heard in the country’s parliament.

Central authorities of the island have proposed vast sweeping changes of the municipal division of Cyprus, centralizing and merging local authorities into bigger and supposedly more efficient units that will be able to cope and deal with the problems of citizens in an improved manner.

Yet not all local governments have greeted the proposal with open arms. On the contrary, opposition to the bill has steadily mounted over the past few months. Some local governments, for example, proposed alternative visions to the proposed mergers. Others have entirely rejected the entire concept.

The latest development came in the form of a meeting between the head of the Union of Cyprus Communities Andreas Kitromilides and President Nicos Anastasiades and Interior Minister Nicos Nouris.

Government representatives bowed down to some of the demands of local authorities, conceding that the final version of the municipal reform bill will be subjected to some minor alterations during the debates and votes in the Cypriot parliament.

Furthermore, they stated that they will take more notice of the issues highlighted by local communities. Of Cyprus’s 50 communities nearly half have raised objections to the municipal reform bill in its current form.

Most objections stem from issues related to the final mergers, with some communities not wanting to be part of specific municipalities and instead preferring to join in with others instead.

While the government will undoubtedly press on with the reform in its overall vision, the possibility of local referenda will be discussed in parliament.

The central government’s goal is to finalize the issue before the national parliamentary elections in 2021, as they believe that dragging out the issue would severely disrupt the voting process and prove to be a major influence on voters.