Gacha – the autonomous shuttle bus for all weather conditions

The vehicle will hit the streets of Helsinki in March 2019 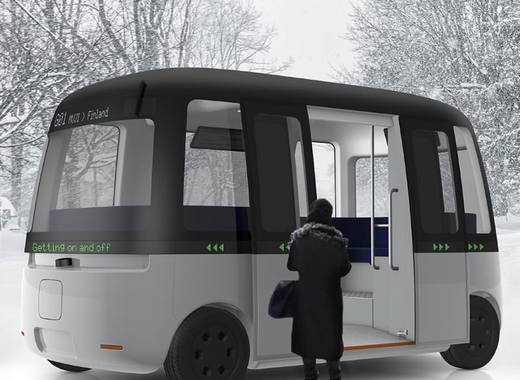 Autonomous vehicles can’t become universally used until their technology has been insured to work in all climates. Tackling this problem led to the invention of Gacha – the all-weather autonomous shuttle bus, tested in arctic Lapland. Such an advanced technology of autonomous driving has potential in the countryside where decreasing birthrates and aging population are causing problems in these communities.

The vehicle will hit the streets of Helsinki in March 2019 and will then start shuttling passengers around three Finnish cities in real-life traffic. Finland has a perfect environment for the autonomous vehicle testing, because it is legally not required to have a driver on the vehicle running on public roads. The Finnish autonomous driving company Sensible 4 and MUJI have collaborated on the project since 2017. The design is made in consideration of the users - no front or back, LED light belt and communication screen, and seating that follows the soft rounded square shape of the bus.