Gdynia awards a citizen who stopped a drunk driver 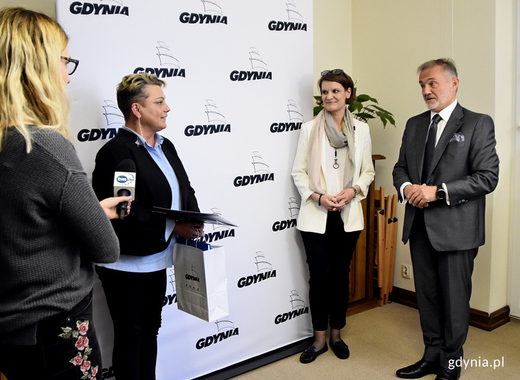 No matter how much authorities try to emphasize the importance of driving sober, or how many awareness-raising campaigns are organized, there are too many irresponsible drivers out there. Subsequent acts such as fines have little to no effect with some individuals, who’d rather risk their own lives and those of others for the sake of their bad habit of drinking and driving. Warnings and legal restrictions often prove to be ineffective without the proper vigilance on the road.

Luckily, the Polish city of Gdynia has shown that with an active and responsible civil society, drunk drivers can be detected on the spot and forced to take responsibility for their actions. Earlier this week a bus driver witnessed an alarming situation on the road. Noticing that a car driver was drinking from a bottle of vodka, Ms Izabela did not hesitate to report the situation. After explaining to the passengers in the bus what was happening, she blocked the escape route of the car and together with other citizens stopped and waited for the police to arrest the 32-year old. The latter now faces up to two years imprisonment and a ban on driving vehicles from 3 to 15 years.

For her civic engagement Ms Izabela was congratulated personally by the president of Gdynia, Wojciech Szczurek with a small gift, who described her as a role model and an inspiration for others to act. What is more, the transport company she works for, decided to turn her fixed-term contract into a permanent one, as they found her to be an extremely valuable employee.

Find more on the story from Gdynia.pl