If it wasn’t already apparent, German cities are struggling to cope with the demand for housing 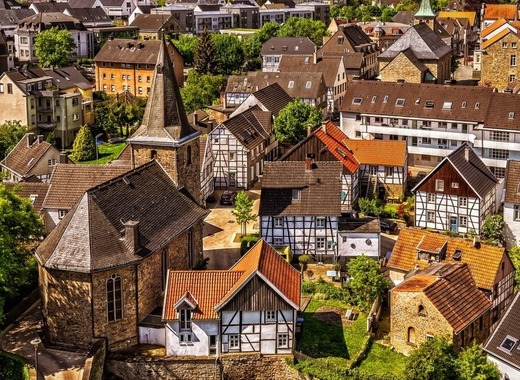 A recent report published by the German Economic Institute (IW) in Cologne has revealed some striking findings, pointing further to the fact that cities in Germany are failing to meet the expectations and the needs of those living there. As we have previously reported, the housing issues in Germany are pushing local governments into uncharted territories in their efforts to curb the problem.

The study has now revealed that the problem is two-fold. On the one hand construction companies are building far too much in sparsely populated rural areas, where there’s not enough people to move into the apartments while at the same time they’re building nowhere near enough in big cities were citizens actually need places to live. For example in Cologne barely 46% of the housing needs of citizens are being met, in Stuttgart the number is 56%  while in Munich 67%.

The report drives us to the conclusion that a long-term strategy is needed. As the needs of citizens are not met, prices of apartments rise, which pushes local governments to take further actions. The authors of the study claim that while it might be impossible for construction companies to keep up with the demand for housing, its up to the authorities to figure something out – like repurposing out-of-use buildings and turning them into someplace livable.

Meanwhile smaller municipalities are being swarmed with construction efforts which are in turn driving away people who might want to live there. Who would want their small rural town to be slowly turning into a giant metropolis?

A new long-term strategic approach is needed, spearheaded by a joint effort by local authorities and construction companies and businesses in order to solve a crisis that has been brewing for decades and is unlikely to subside in the near future.