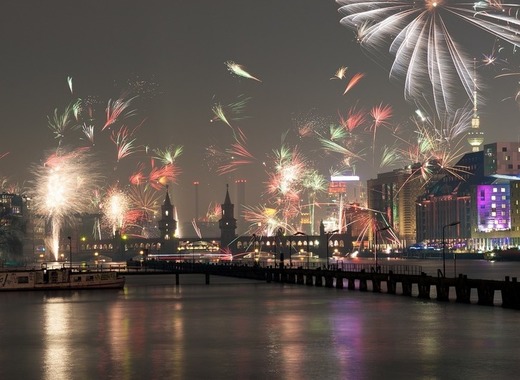 The NGO Environmental Action Germany (DUH) has issued an appeal to major cities in the country to ban the private use of fireworks on New Year’s Eve, citing environmental and health concerns. According to their data, due to the fact that so many people are launching fireworks on New Year’s Eve, the amount of fine dust emitted into the air rises sharply, exceeding not only World Health Organisation standards, but EU standards as well. As a result, this forces many citizens with respiratory problems to either flee the big cities and move to the countryside for the winter holidays or bunker down in their apartments – neither of which is acceptable.

Representatives of the NGO want to be clear that they don’t want hinder people’s enjoyment of New Year’s Eve, rather they want precisely the opposite – for everyone to be able to see the fireworks and have fun. Thus, they are appealing to the local governments of 31 major German cities, including Berlin, Munich, Cologne, Stuttgart and others for the ban of private fireworks. DUH is instead proposing for citizens to go outside and attend the public firework shows instead of making their own.

Berlin and Munich are ready to introduce some measures aimed at limiting the use of fireworks due to safety concerns. Currently the local government of the capital envisions the creation of no-firework zones in the city.