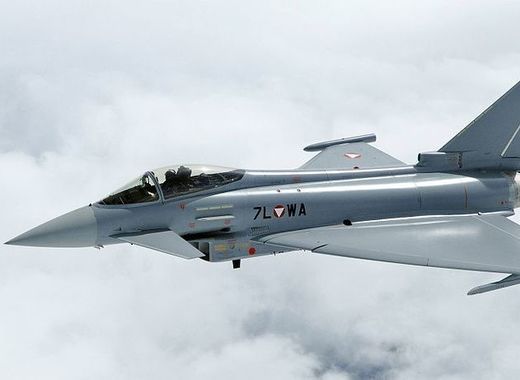 Following the collision between two Typhoon class Eurofighter jets near the area of Lake Müritz, mayors from nearby cities are proposing a ban on such low-altitude training flights in holiday areas. The area where the incident transpired is a national park and a popular tourist destination. It’s located 120km to the north of Berlin.

The mayor of the small town of Waren an der Müritz, Norbert Möller, stated that "A lot of tourists cannot understand that around Müritz, of all places, such low flights have to be practiced,". Furthermore, he expressed concerns that if circumstances were different, the lives of tourists and locals might also have been harmed - "You don't want to think about [what could have happened], but we got away with a black eye there,", reported Deutsche Welle. The mayor of Silz und Nossentin also raised concern regarding the low-altitude flight in holiday areas an appealed the Bundeswehr to reconsider where their test flights are practiced. She further reiterated her concerns by raising the point that all camp sites in the area had been booked at the time of the incident.

The federal government’s response to the concerns and proposals was a resounding “No” – “The Bundeswehr must practice where it would have to defend in an emergency.", stated Chancellor Angela Merkel’s defense spokesman, Henning Otte.