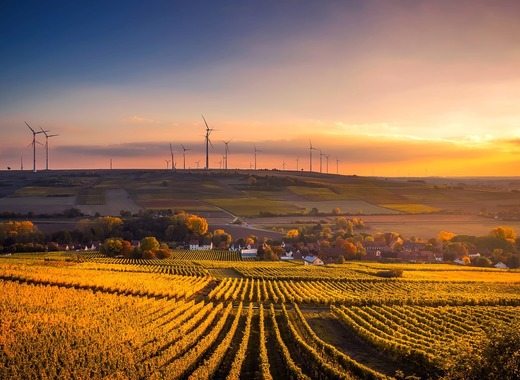 Germany’s energy transition is facing a rough road ahead – and it’s not looking like it will get any better any time soon. The country faces a unique set of problems. On the one hand, the federal government has been hard at work when it comes to shutting down coal mines and coal-based energy producers, while simultaneously also decommissioning and preventing the construction of new nuclear power plants and reactors.

The end result is that Germany is placing its renewables bet squarely on the shoulders of wind power and solar power – and this is where the government and the citizens don’t really see eye-to-eye.

Aesthetics and quality of life

Citizens from many towns and cities across Germany have been voicing their discontent with having to live near wind farms for years. The complaints range from the drastic levels of noise pollution created by the windmills to complaints about aesthetics and how they block picturesque views.

Whatever their reasons, however, citizens have been taking local, regional and federal authorities to court over their plans to build new windmills in certain locations. This has led to many construction delays across the country, which in turn is creating numerous issues and concerns regarding Germany’s readiness to meet its own climate goals.

The latest idea proposed by the German Social Democrats, the junior partner in Angela Merkel’s ruling coalition, is to give money and cash incentives to people who consent to living near wind farms. The idea is to provide local authorities around the country with financing specifically for the purpose of granting it to citizens who consent to the construction of new windmills near their places of residence.

Yet local governments remain lukewarm to the whole concept with the head of the German Association of Towns and Municipalities Uwe Brandl labelling the plan as “hush money” – paying people to keep quiet. He fears that if such a practise becomes commonplace, people will start asking for money for the construction of roads and other infrastructure projects.

According to DW, the rate at which new windmills are currently getting built in Germany has fallen to its lowest level in 20 years – so it should come as no surprise that the federal government is desperate for solutions.