The project is estimated to be completed by 2029 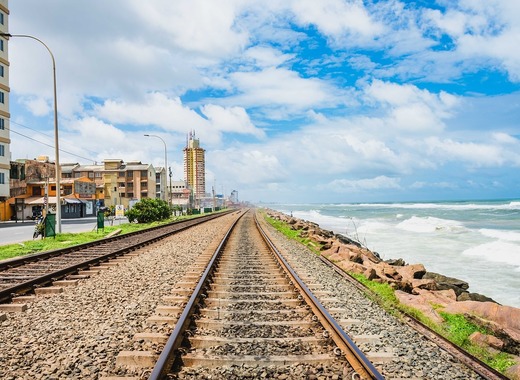 The world’s longest combined rail and road tunnel was given the green light by German courts earlier this week, connecting the northern part of the country with Denmark. The project, which has an estimated completion date of 2029, is one of the largest infrastructure projects in Europe and has been stalled by lawsuits and legal spats for years. Now, however, the court’s ruling has given hope that work on the project will soon commence.

The rail and road Fehmarn Belt Fixed Link connection was first pitched over 30 years ago as a potential bridge connection between Northern Germany and Denmark. Over the years, however, the project has grown in scope and ambition and has switched to its current submerged tunnel iteration which could begin construction as early as 2029.

The link will connect the German port of Puttgarden and Denmark’s Rodby on the island of Lolland and will turn the nearly hour-long ferry ride into a 10-minute trip – a substantial cut in cost and time, improving efficiency and speed. Priced at some 7.1 billion euros, it will essentially provide a railway connection between Copenhagen and Hamburg.

On the Danish side, work has already begun on the project. Yet German firms have been lagging behind as court cases have prevented them from starting construction. Ferry firms which stand to lose a great deal of revenue after the tunnel’s completion and environmentalists have been lodging complaints at the Leipzig Federal Administrative Court, which have, however, all been rejected, giving the German side the opportunity to begin work.

Numerous complaints are still lodged at the European Court of Justice but those are not expected to damage the project’s prospects as it aims to wrap up construction by 2029.