Germany has rolled out the world's first hydrogen-powered train 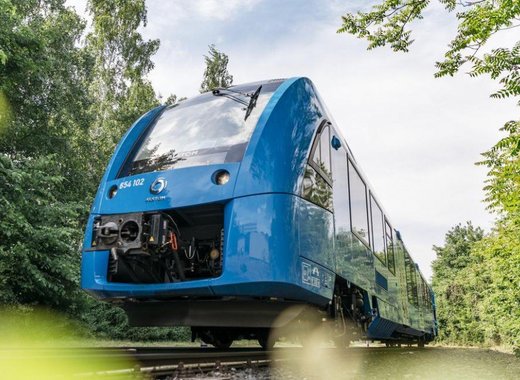 Germany has rolled out the world’s first hydrogen-powered train, signalling the start of a push to challenge the might of polluting diesel trains with costlier but more eco-friendly technology. Two Coradia iLint trains, built by French TGV-maker Alstom, this week already began running a 100 km route between the towns and cities of Cuxhaven, Bremerhaven, Bremervoerde and Buxtehude in northern Germany – a stretch normally plied by diesel trains.

Alstom has said it plans to deliver another 14 of the zero-emissions trains to Lower Saxony state by 2021, while other German states have also expressed interest. Hydrogen trains are equipped with fuel cells that produce electricity through a combination of hydrogen and oxygen, a process that leaves steam and water as the only emissions. Excess energy is stored in ion lithium batteries on board the train. The Coradia iLint trains can run for about 1,000 km on a single tank of hydrogen, similar to the range of diesel trains.