Part of the intangible cultural heritage of humanity, the international festival in Valencia is a triumph of the humour, satire and creativity 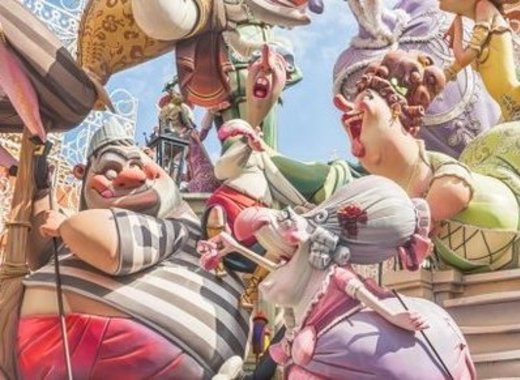 If you are eagerly waiting for the arrival of nice weather and searching for new travel opportunities, you better start planning a visit to Valencia. The Spanish community is hosting a world-renowned international festival which celebrates the triumph of the humour and satire. Las Fallas festival has been declared Intangible Cultural Heritage of Humanity and is organized under the patronage of UNESCO. The main part of it is taking place during several days of March, but some very interesting events are already expected in February.

The historical notes for the Fallas date back to the 18th century, where the towns in the community of Valencia used to celebrate the arrival of the spring days with bonfires of woods and unused furniture. Later on, dolls were added as means to criticize the behaviour of neighbours, which was commonplace back then. Now the Fallas commissions are an integral part of the organization in the neighbourhoods and are charged with the charity events and cultural activities throughout the year.

Unique arts and crafts, fireworks, music, tradition, literature and open air museums: this is only a tiny bit of the wonderful surprises for the upcoming edition. 800 fallas monuments made of cardboard and wood are waiting to be seen by young and adults. The official clothing of the festival dates from the 18th and 19th centuries, and brings colour and charm to the festival. Core element of the festival is fireworks, which accompany other festive activities.

Among the major events part of the festival programme are:

770 monuments and 150 artists are expected this year.