Get ready for the Lemnos Ancient Pentathlon 2020

The event is a modern reincarnation of the ancient Olympic contest 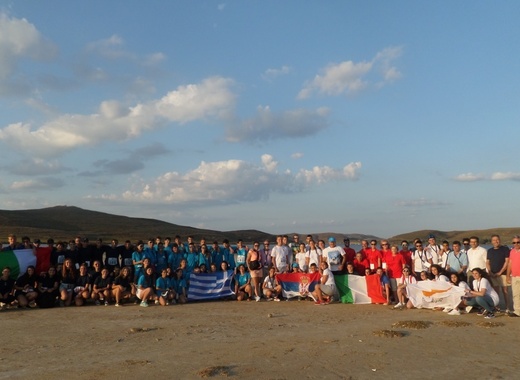 The Pentathlon, as the name suggests, combines 5 demanding physical activities. Ancient Greeks regarded physical exercise as one of the citizen’s main activities – while also proclaiming moderation in all aspects of life as one of the greatest virtues. That is why, the five aspects of the Pentathlon aim to bring balance to the bodies of participants – long jump and running exercise lower limbs, discus and javelin throwing competitions take care of the upper half, and finally wrestling balances everything out.

The Municipality of Lemnos is eager to bring these ancient Greek traditions back to life – namely by holding the yearly Lemnos Ancient Pentathlon. Since 2016, authorities have been holding the event and are eager to turn it into one of the key pillars of local cultural, sport and civic life – as well as into something that might prove attractive to visitors and tourists.

The contest is held each in July, each year, on the island of Lemnos, and it brings together youngsters from all around Europe – for example from the municipalities of Tremezzina (Italy), Langhirano (Italy), Pozega (Serbia), Aghia (Greece), Lesvos (Greece), Pervolia (Cyprus) and Zugdidi (Georgia), whose delegations are participating alongside citizens of Lemnos itself.

Eligible participants in the Lemnos Ancient Pentathlon are both boys and girl, born between 2004 and 2007, organised in teams that can come from every part of the world. The event itself is held between 2 and 4 July with the opening ceremony taking place at the Archaeological site of Myrina. The competitions, meanwhile, will be held across different historical venues on the island of Lemnos.

The Lemnos Ancient Pentathlon is the perfect opportunity for youngsters to embrace both physical activity and a historical learning experience. If you’re interested in signing up for the event, don’t hesitate to visit the municipality’s website.

Below you'll find a promotional video of the event.