Get ready for the Munich’s Springfest. It starts tomorrow

Affectionally known as “Octoberfest’s little sister”, the Springfest starts the festival season for which Munich is famous 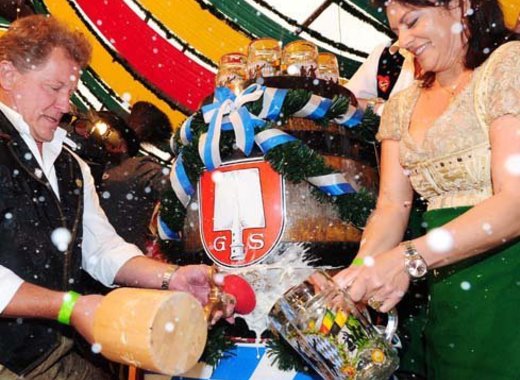 Fairground rides, live music and the atmospheric beer tents add together to bring you a festive spring event. Affectionally known as “Octoberfest’s little sister”, the Springfest starts the festival season for which Munich is famous. The fest runs over two weeks and takes place at Munich’s Theresienwiese. Munich Springfest has plenty of great food and drink on offer. The Spring Festival has a big beer tent called the Festhalle Bayernland which seats about 2000 people.

The Grand Opening Ceremony takes place on Friday 20 April at 2.30 pm. In true Bavarian fashion, Munich Springfest kicks off with a spectacular parade, where the traditionally-dressed vendors and brewers travel along the streets to the festival venue. As they arrive at the beer tents, each beer tent band will perform a concert at the entrance.