Getting to work on 2+4 wheels in Pärnu County 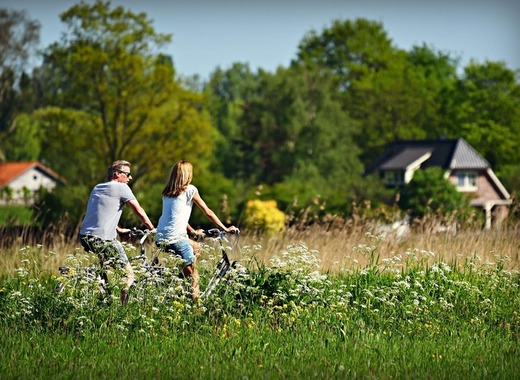 Commuters in Pärnu County, Estonia will find that getting to work can be not only more hassle-free, but also pleasurable following the completion of a network of minibus stations equipped with all modern amenities.

Seven minibus stations with waiting areas that are heated in winter and cooled in summer, toilets and bicycle storage space are under construction across Pärnu County, public broadcaster ERR reported. Builder Kahu & Kahu Ehitus has promised to hand five of them over this month with the network expected to become fully operational this autumn.

The minibus stations are part of the so-called "last mile movement" which is gaining popularity in Estonia. It aims to encourage commuters to leave their car at home when going to work and use public transport instead. It is as simple as that: cycle to a bus station, leave your bike there securely and take the bus to work. You repeat the exercise in reverse order on the way back home, doing justice to the environment and your own physical fitness, and saving on fuel and car maintenance costs.

Planning for the network started in 2016 with 85 percent of the funding coming from the European Development Fund. The cost of one minibus station is about EUR 80,000.

The seven minibus stations that are being built are in Tori, Audru, Kilingi-Nõmme, Tootsi, Koonga, Lihula and Ares.

As TheMayor.EU reported earlier, back in December 2018, the Pärnu train route was terminated by local authorities in favour of the establishment of extended bus routes that pass through less populated areas in the region, including Tori and Tootsi.

It is small, cosy and conveniently located at the city centre, on Pikk 13. Weary or bored travelers can find a R-kiosk and a café inside, as well as ticket booths and machines. Usually tickets can be purchased directly from the driver, too, if there are spare seats on the bus. The bus station is open from 6.30 to 21.00 and queries are answered on (+372) 680 09 00. One or two buses depart for the capital Tallinn each hour.

If you plan to travel around Estonia by bus, you are advised to visit https://www.tpilet.ee/en/