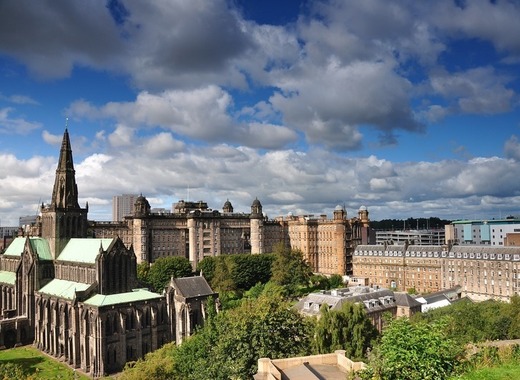 After adopting a plan to make all of the city council’s vehicles emission-free by 2029 earlier this year, Glasgow is aiming to become the centerpiece for Scotland’s hydrogen transition. The latest step in these ambitions is the allocation of £805,000 by Transport of Scotland for the conversion of 23 of Glasgow’s winter gritters. The local government hopes that such a bold leap will result in cities across Scotland adapting a more eco-friendly approach, thus eventually driving down prices for consumers, alongside the expected environmental benefits.

Glasgow’s city fleet consists of over 2000 vehicles – street sweepers, refuse vehicles, buses and mini-buses, gritters, etc and all of them are in dire need of an upgrade and even conversion. The local administration believes that diesel-powered vehicles have no place in the smart and future-oriented Scottish city – not only because of their environmental impact but also due to more mundane reasons – like the city council’s £5 million annual fuel bill.

2020 promises to be exciting for urban mobility in Glasgow. The plans of the local authorities for next year feature the deployment of brand new, state-of-the-art electric cars, street sweepers and buses in the next few months.