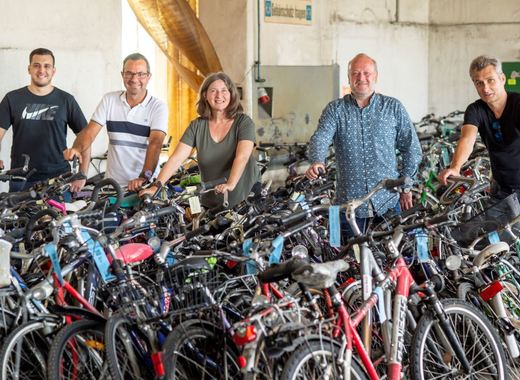 Some cities are content with promoting the practice of cycling and phasing out other types of polluting vehicles, others, however, want to integrate the entire practice into the overarching principle of circularity.

Cycling as a viable alternative to car transport has been on the rise all throughout Europe. Local governments in towns, cities and villages have been eager to improve their cycling infrastructures and to introduce new benefits for those who ditch their cars and instead opt for healthier and more environmentally friendly alternatives.

In the Austrian city of Graz, however, authorities are not going to be content with simply making cycling popular. Instead, they have been actively engaged in making the practice fully sustainable.

They are accomplishing this goal by not letting any bikes go to waste, once their usual lifespans are up. Since 1 January 2020, local road authorities have been tasked with collecting the wrecks of bicycles that have been disposed of or are simply laying around the city.

After being collected, those that can be repaired are given a 2nd life of sorts and are put into holding, while those that are beyond repair are recycled and reused for different purposes. Should no-one come to collect their “lost” property over the course of a month, it becomes a property of the state and is handed out to local socio-economic companies and businesses that will make proper use of it.

The city will release the first contingent of 700 bikes by the end of July and will make them available to the potential employer. The purpose and benefits of this new practice are clear, according to City Councilor Elke Kahr, who stated that “On the one hand, it is important for us that scrap wheels are removed so that they do not block wheel parking facilities and sidewalks. On the other hand, it makes sense if they can be recycled and partially made usable again as part of employment projects."