Graz pulls back from e-scooters 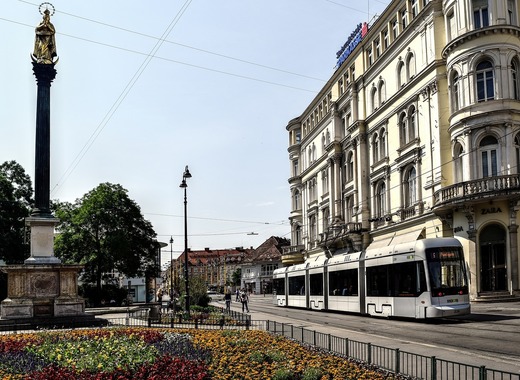 We have all seen the pictures or read the news stories – e-scooters lying around the streets, tossed aside once passengers are done with them, citizens being injured or city authorities simply being unprepared.

The local government of Graz does not want their city to end up in one of these news stories. To that end, it has decided that it will not allow rental e-scooters to be allowed on the streets. Any companies submitting their proposals to the City Council regarding launching a new scooter sharing service will be denied from the get-go, announced the authorities.

The mayor of Graz, Siegfried Nagl, announced the ban earlier last week, citing the unacceptable condition of cities that have already chosen to allow such rental services. He pointed a finger at the Austrian capital of Vienna, where the e-scooter tide has swept over the urban environment, creating chaos and making the lives of people with disabilities harder.

Furthermore, the Graz local authorities responsible for the environment have stated that they are not convinced of the supposed positive environmental impact of such a service. They believe that due to the rough handling of vehicles, they have an abnormally short lifespan – thus are in constant need of replacements, which in turn creates a strain on the environment.

Not only that, but the local government fears that e-scooters are not actually replacing car traffic but are more likely to become the preferred method of transportation for pedestrians and users of the city’s public transport network. They also claim that drivers of e-scooters are prone to taking over designated cycling paths, thus discouraging people from using their bikes.

Graz is among the only large cities not only in Austria but in the world, that does not allow e-scooters. Other examples of cities with a ban on rental e-scooters are Milan and New York.