Currently existing ones are being forced to demolish their top floors 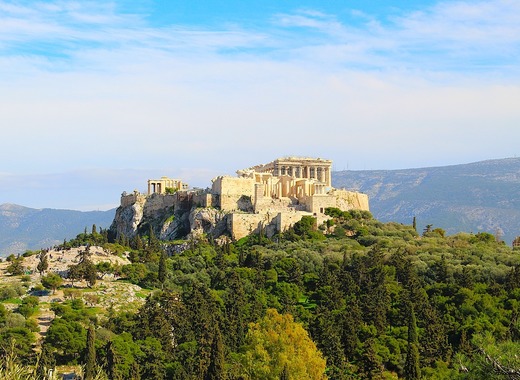 In a bid to preserve the country’s historic heritage, Greek authorities have issued a decree banning the construction of tall buildings in the area near the world-famous Acropolis. The ban does not allow for the construction of new buildings in the region that are over 5 stories tall and would thus impede the view of the historic site and has a specific focus on prohibiting the creation of new hotels.

In concrete numbers, the maximum height allowed for new buildings in the area near the Acropolis now stands at 21 metres – which roughly equates to 5 floors. Furthermore, in order to keep the ban relevant and make it retroactive, the Greek Central Archaeological Council has demanded a hotel in the area to demolish its top two floors, while the country’s highest court repealed a building permit for a large hotel in the area.

The mayor of Athens, Kostas Bakoyannis, has also been immensely supportive of the initiative, stating that the Acropolis is the very heart and soul of the Greek capital and is an essential part of the country’s national and historic heritage – thus its preservation is of paramount importance. Due to the importance of the sector, authorities have been employing all manner of approaches in order to prop it up and make sure that people keep their jobs and sources of income.

Once more being able to enjoy Greek heritage

Authorities around Greece have been going out of their way in order to make the entire country more attractive to tourists over the past couple of months. Now, finally, the Acropolis itself has reopened, following the long lockdown.

Visits to over 200 historic and archaeological sites have been allowed since last week after the Greek government gave the green light for their reopening in an effort to quickly get the country’s tourism sector back on its feet.