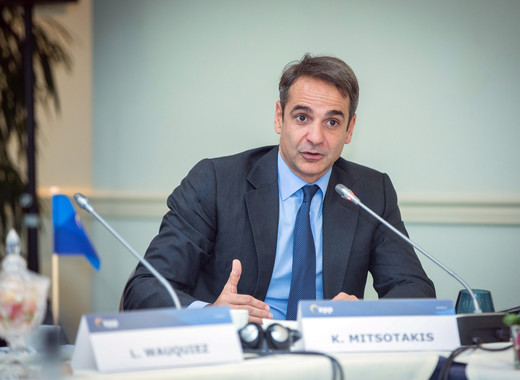 With the threat to the health of societies subsiding thanks to the steadily reduced COVID-19 infection rates, countries are now focusing entirely on rebooting their economies. The virus had forced authorities to impose lockdown restrictions that led to a significant slowdown and downturn.

Some of the countries that are being hit the hardest by the post-pandemic economic realities are those that rely greatly on tourism – such as Italy, Cyprus and, of course, Greece. That is why, earlier last week, the Greek Prime Minister, Kyriakos Mitsotakis, announced the government’s plan for aiding businesses in the country that would allow them to get back on their feet as quickly as possible.

In a televised address held last week, the Greek PM announced that the government will be introducing a number of changes to the economy, alongside an economic package worth a grand total of 24 billion euros. The funding will be used in order to bridge the gap between the strict lockdown conditions that Greece had been imposing for over two months and the ultimate return to normal life.

Some of the economic measures announced by the Greek government include the lowering of VAT on public transport, open-air cinema tickets, coffee and other non-alcoholic beverages and others. Furthermore, the salaries of workers in the tourism, catering and industrial sectors, will be subsidized thanks to 1.4 billion euros of EU funding.

Finally, the country’s tourist season will officially begin on 15 June, while flights of tourists will be allowed on 1 July. Currently, the plan is for health officials to perform COVID-19 tests upon arrival, thus dropping the requirement for testing in the country of origin and eliminating the need for the mandatory 14-day quarantine. These changes are bound to increase the influx of tourists to Greece, thus greatly aiding its tourism sector in its recovery.