After the completion of the project, the building will consume at least 30% less energy 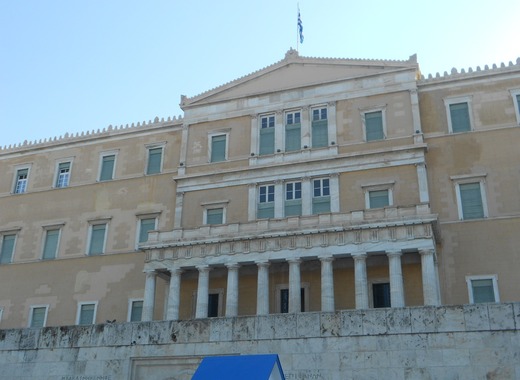 The Greek Parliament has put up for a bid a two-year plan to improve the energy efficiency of the building. The institution decided to boost its efforts in tackling climate change and to boost its own contribution to the fight, by investing in better infrastructure in its own building, built 180 years ago.

Once the project is complete, it is estimated that the upgraded Parliament building will consume at least 30% less energy and emit 39% less carbon dioxide on an annual basis.

The budget of the huge project is 2,794,020 euros, VAT included. The activities of the projects will involve adding new pipes and air conditioning systems, replacement of a total of 191 windows and doors and the addition of an exterior insulating layer on the roof of the building.

The building is listed as a historical monument

The Greek Culture Ministry will be supervising the works since the building of the Parliament is listed as a historical monument and very few alterations in and on the structure are allowed to take place.

The building was constructed in 1843, just a few years after the liberation of Greece from centuries of Ottoman rule. Initially, it was designed as a palace for King Otto of Greece and his wife, Queen Amalia, by the Bavarian architect Friedrich von Gärtner

In fact, it was proposed for the Palace to be constructed in Omonoia Square or even atop Acropolis Hill, but in the end, the area of Syntagma was chosen as the best and most suitable location. The huge edifice was the first-ever Royal Palace in Greece, before the construction of the new Royal Palace, which is nowadays used as the official residence of the Greek President. The building has served as the home of the Greek Parliament since 1934.