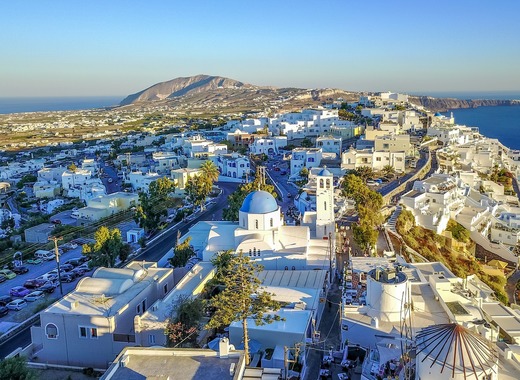 Over the last couple of days, Greece has seen a drastic increase in deaths as a result of COVID-19. That, alongside the seemingly unstoppable spread of the disease, has prompted local and regional authorities to enforce stricter quarantine measures around the country.

As it stands, currently there are over 1,300 confirmed cases of coronavirus in the Mediterranean country, with the number of deaths reaching into the 50s. Among the confirmed cases is also a woman who had previously resided in one of the migrant camps in Greece before being moved to an Athens hospital to give birth. The possibility of infection in one of the camps is also a serious threat that Greek authorities are currently attempting to prevent and manage.

Despite the central government’s best efforts to enforce quarantines and promote the practice of social distancing, some Greek citizens have refused to follow guidelines and have continued to go outside in crowded places. That, for example, prompted the shutdown of Thessaloniki’s famous seaside promenade by local authorities, as the location kept on being a hotspot for locals despite government recommendations.

In other parts of the country, similar shutdowns are occurring on a municipal-wide scale. For example, the municipality of Mesopotamia has imposed a complete 14-day lockdown on its premises with no one being allowed to enter or leave for the duration.

Additionally, several cities and local governments have begun imposing curfews on their citizens. Authorities in Kastoria, Orestis, Nestorio, Xanthi, and Myki have banned people from leaving their homes between 8 PM and 8 AM, with the goal of reducing the number of interactions by citizens and reducing the number of possible and potential infections in their respective regions.