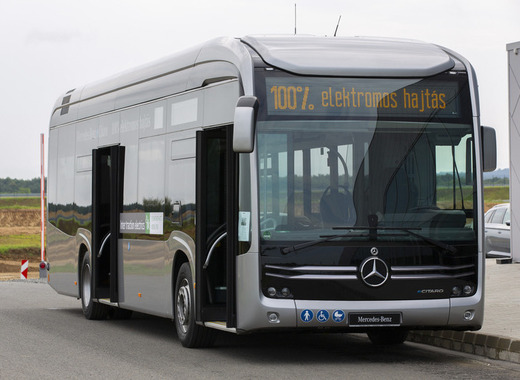 Over the next ten years, half of the conventional bus fleet of Hungary’s largest cities will be replaced by low carbon emission electric buses. This is the aim of the government’s Green Bus Programme which was unveiled last Friday in Zalaegerszeg by the minister of innovation and technology László Palkovics.

The Programme follows Hungary’s commitment to achieving climate neutrality by 2050 in accordance with the Paris Climate Agreement. So, from 2022 only emission-free buses can be put into operation in cities with more than 25 000 inhabitants.

This obligation means that these cities will no longer be able to procure other than emissions-free buses for public transport. The government on its part pledges to co-finance the acquisition of electric buses even exceeding the originally planned 20 percent subsidy. The allocation from state and EU funds to cities with county status will amount to HUF 36 billion (EUR 104 million), Palkovics announced.

The Green Bus Programme is also expected to reinvigorate domestic bus manufacturing. Palkovics said in this connection that eight domestic and foreign bus makers have already launched bids to participate.

Given that transport is a major pollutant, in addition to the use of low- or zero-emission electric buses, the Hungarian government also supports the purchase of purely electric cars, László Palkovics explained. The EU has committed to reducing CO2 emissions by 80-95 percent compared to 1990 levels.

According to the minister, by the end of last year, without sacrificing economic growth, Hungary has achieved a 32 percent reduction in emissions, which places it ninth at EU level. He specifically pointed to the government’s recently announced action plan on climate and nature protection, which includes the greening of transport.