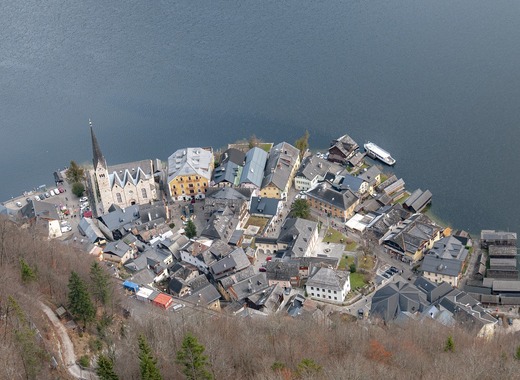 Hallstatt – a beautiful small town on the lakeside in the region of Upper Austria, has drawn much attention over the past few months. And it’s not just because of its picturesque views and countless opportunities for locals and visitors to enjoy themselves.

Just a couple of month ago, Chinese media reported that Hallstatt was the original inspiration for the magical kingdom of Arrendelle from Disney’s movie “Frozen”. That led to a sudden influx of thousands of tourists into the city, completely blindsiding local authorities and forcing them to adopt different measures in order to alleviate the issues created by the rapid increase in visitors.

Yet that’s not where all problems end. Instead, due to the more centralized process of road infrastructure development, other issues have also appeared, significantly hindering access to the city and drastically worsening traffic conditions.

Problems with traffic and root cause

The tunnel at the Hallstätter Landesstraße is a key traffic juncture that connects the city of Hallstatt to other main roads – and its renovations began just last week. In theory, upon completion, it should make travel easier – but the construction schedule is baffling according to the mayor of Hallstatt Alexander Scheutz.

The city had already suffered from traffic chaos last year when the first traffic tube was also renovated and local authorities wanted to avoid a repeat of the recent disaster. Yet their pleas remained unheard from regional authorities in Linz.

“My problem is that the decision-makers are sitting in Linz and don't know what's going on in Hallstatt. It's like closing the Nibelungen Bridge! “, stated Mayor Alexander Scheutz, as quoted by krone.at

Hallstatt authorities are fearful of the prolonged period of renovations that overlap with the Easter holidays when even more visitors tend to arrive in the city – a potentially disastrous combination, considering the influx of “Frozen” fans.

Yet judging by how the local government has managed to deal with the recent sudden tourist surge, it remains likely that it will also successfully navigate through this present crisis.