The airport has launched its very own tree-planting initiative 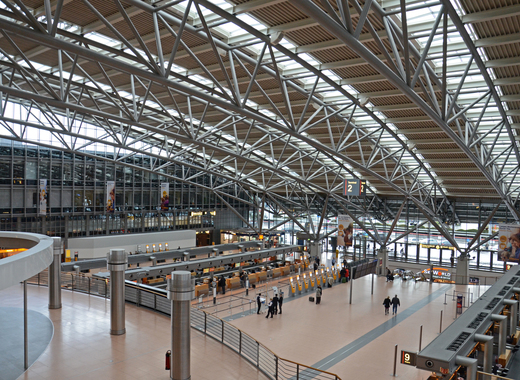 Hamburg Airport has come up with an innovative and effective way to promote its very own brand new tree planting initiative. Last week, the airport launched a new initiative aimed at allowing citizens to reduce their own carbon footprints by making donations directly to regional climate protection projects or a wide array of different tree-planting initiatives.

The project launched by Hamburg Airport is called “Offset locally – plant a future together” and is a quick and convenient way to promote climate protection among travellers. The goal of the initiative is to help offset the carbon costs of commercial flights by donating to different initiatives aiming to protect the environment and fight climate change.

In 2018, passengers planes emitted a total of 747 million tons of CO2, according to Hamburg News, so it should come as no surprise that such initiatives and projects have begun seeing the light of day.

Partnering up with local organisations and striving for climate goals

Hamburg Airport has established two key partnerships to further its efforts in climate protection. The Pinneberg Citizens’ Forests project aims to reforest previously barren land with native and endemic tree species from the region, thus creating the basis for the creation of new natural forests.

Meanwhile, the other key partner, the Ida Ehre Schule in Eimsbüttel, has been making use of donations by buying up plots of land outside of Hamburg proper in order to eventually grow a full-fledged forest.

All of Hamburg Airport’s efforts have a clear goal. Officials want the airport to become climate-neutral by 2021 – either by severely reducing its carbon footprint or by being to directly offset its own carbon emissions through different initiatives. Furthermore, Hamburg Airport has been developing alternative, climate-friendly fuels that might help it along its journey to climate neutrality.