By purchasing a stake in the city’s newest district, local authorities aim to ensure the creation of a proper social and cultural centre in the newly developed area 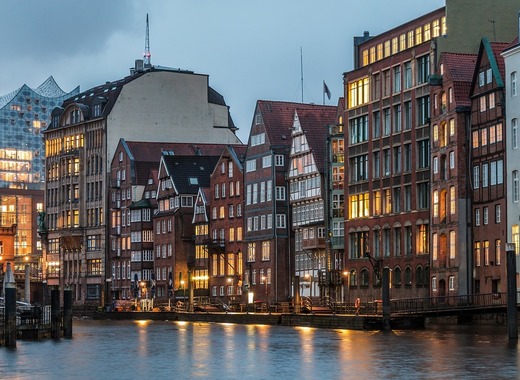 The Hamburg Senate has finally reached an agreement with the real estate developers of the planned Paloma Quarter in the St. Pauli district of the city for the purchase on one of the building sites – namely Building Site 5.

After a period of tough negotiations between Bayerische Hausbau – the company responsible for the quarter’s construction and Hamburg’s regional property management and real estate company (LIG), the local government will take over one of the key aspects promised in the district’s development – namely the provision of affordable housing and the creation of a social and cultural centre.

Despite numerous extensions, no building association could be found that wanted to take over Building Site 5 and be responsible for the quarter’s social aspects – which meant that the city itself had to take charge.

Upon finalizing the agreement, finance Senator and LIG Board Chairman Dr. Andreas Dressel stated that “Today's Senate decision is the next important step for the Paloma district. With the acquisition of building site 5 by the LIG, we are ensuring on the part of the city that the cultural and social centre of the new district can become a reality - just as it was planned together with all local actors in terms of social urban development. "

Urban Development Senator Dr. Dorothee Stapelfeldt also expressed his satisfaction with what was accomplished “I am delighted that the city, together with Bayerische Hausbau, has managed to secure site 5 for building communities. The Paloma district will be created in the heart of St. Pauli on the Reeperbahn, where many people will find a new home. With the purchase of the finished house by the city, building communities should be given the opportunity to move into subsidized, affordable housing.”

The Paloma Quarter was first developed in 2009 but due to a risk of building collapse, everyone living there was forced to vacate its premises in 2013. It was demolished the following year after which negotiations began for its reconstruction – preferably on safer terms.