Under German law, taking food from garbage bins is considered theft, no matter the circumstances – some politicians want that to change 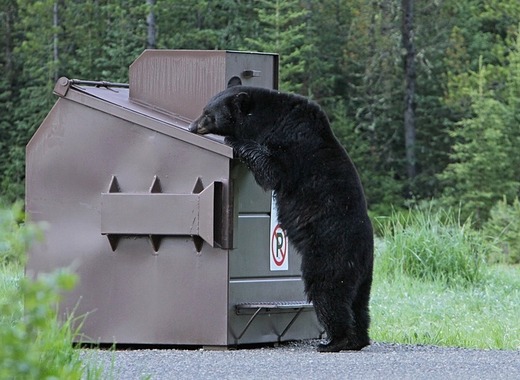 Once a restaurant or supermarket throws away food, it legally becomes an entirely different entity – “foreign movable property”. While it remains in the dumpster, prior to its removal by garbage removal services, it retains this classification. Thus, while the food is patiently rotting in the garbage bin, it is considered theft to take it out – no matter the circumstances. Till Steffen, member of the Greens and senator of Justice in Hamburg wants that to change. He believes it to be absurd that supermarkets and restaurants are allowed to throw out food but it’s illegal for anyone else to take it.

In order to change that, Steffen is planning a two-pronged attack. On the one hand, he wants Germany to change its laws on a federal level in order to legally allow dumpster diving. The more interesting part of his proposals is for an outright ban on merchants, markets and restaurants to throw their food away unless the law is changed so that the food in the dumpsters is no longer classified as their property. This proposal is very similar to the one adopted in France in 2016, whereby some supermarkets were forbidden from throwing away leftover foodstuffs and are instead obligated to hand it over to non-profits.