Despite the pandemic, authorities are keeping their eyes on climate change 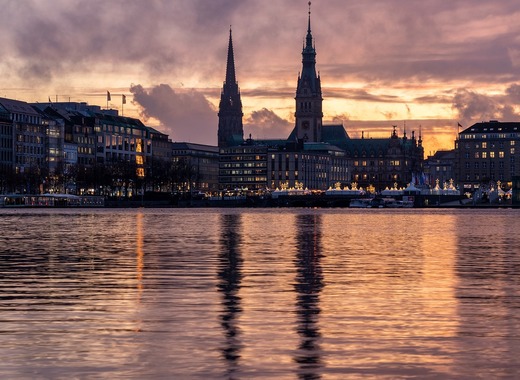 Despite the ongoing coronavirus pandemic and despite the fact that most eyes are turned towards the developing crisis and the economic fallout, administrations and governments around Europe are not forgetting their true long-term priorities – namely the fight against climate change and the enactment of green policies that will better the environment and health of all citizens.

Hamburg keeping its eyes on the prize

One of the cities that has taken the boldest steps in the fight against climate change has, without a doubt, been Hamburg. Local authorities have retained their green vigour in spite of the challenging times and have adopted new measures aimed at protecting the environment – namely the wholesale ban of oil heating across the urban area.

The step is part of the city’s overarching 10-year plan that was adopted last December and plays a crucial role in reducing its dependency on non-renewable energy sources. The Climate Protection Act was then submitted for review at the European Commission, and after the EU’s executive body gave its ultimate assent to some of its provisions earlier in March, local authorities quickly went about enacting their climate-friendly vision for the city.

“Before the legal obligation arises, we want to support the switch to climate-friendly technology with attractive subsidies. Particularly in the very difficult economic phase ahead of us, it will become clear that climate protection can be a powerful economic catalyst. If the investments that we are now pushing ahead with lots of state money are to be future-proof, they must bring our city forward in climate protection,” stated Jens Kerstan, Senator for the Environment, as quoted by hamburg-news.

The ban on oil heating and air conditioning that was approved by the Hamburg Senate will enter into force in late 2021, giving enough time for the phasing out of the harmful substance.