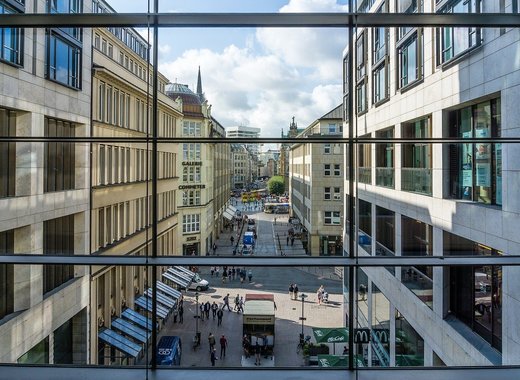 With the onset of the coronavirus pandemic and with the ensuing slowdown and sometimes outright breakdown of economic activity in certain sectors, cities across Europe immediately went about taking action in order to safeguard and shield their citizens from the crisis. Yet, with the imminent threat now subsiding and with economies slowly opening back up, many local and national governments are already considering rolling back the generous aid schemes that helped their constituents stay afloat and keep their businesses intact.

In the German city of Hamburg, however, local authorities are still eager to provide support to those who have suffered the most damages during the pandemic – namely the owners of small businesses and the self-employed who have been lacking the safety and security net offered by larger firms and corporations.

After Hamburg launched its first iteration of a business aid scheme a couple of months ago, it was already known that the local government would have to make a decision on its continuation towards the end of May. And so it has – against its discontinuation when it comes to the most vulnerable.

The new scheme launched earlier in the week by officials is meant to offer low-interest loans in order to bridge liquidity bottlenecks and create new financial opportunities. The loans are meant to be used by companies with up to 10 employees or self-employed individuals with an interest rate of 1%,  guaranteed by the city itself with a total of 300 million euros.

Local authorities want for this new initiative called  "Hamburg Kredit Liquidität" to act as the natural successor to the current campaign that has seen over 500 million euros already being committed in aid to struggling businesses – but is wrapping up with the reopening of the city’s economy.