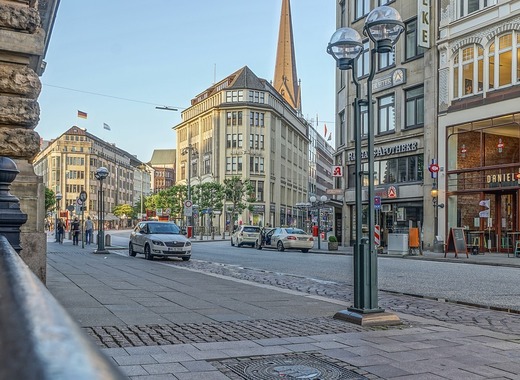 After recently updating its already ambitious climate plans, the city of Hamburg is ready with even further changes and proposals.

Local authorities are now absolutely certain that they will be able to reach their 55% CO2 reduction targets by 2030. Dr. Peter Tschentscher, Mayor of Hamburg, stated that: “Hamburg has achieved a great deal in climate protection since 2011…We will certainly achieve the 55 per cent climate protection target for 2030 and presumably even exceed it. As a modern city and a major industrial location in Germany, Hamburg is thus making an important contribution to compliance with the Paris Climate Protection Agreement.”

The Senate of Hamburg is planning to introduce some brand-new measures with the goal of boosting its efforts in fighting climate change. Among the proposed changes is the introduction of new environmental standards for buildings and the expansion of the city’s public transport network, as well as increased support for bicycle traffic.

The city will also be focusing on promoting new climate protection projects and consultations for companies and will be replacing its whole transport fleet with climate-neutral vehicles by 2030. Furthermore, the local government has set itself ambitious targets when it comes to sustainable mobility and low-emission vehicles. Authorities are contemplating the introduction of new car-free inner-city zones as well as specific measures aimed at reducing emissions at the Hamburg harbour.

The biggest change, however, comes with the enshrining of the city’s climate targets into law. Upon its adoption, limiting the adverse effects of climate change would become part of Hamburg’s very constitution.